Canker sores, also known as aphthous ulcers, are small open lesions that can appear inside the mouth. They can get inflamed and swollen and can become very uncomfortable, but they can be treated. Recent research shows that licorice root may be a home remedy for canker sores  worth trying. This is very exciting, because many of the traditional medical treatments for mouth ulcers can be rather hard on the body and produce unwanted side-effects, others are kind of awkward to use, depending on where your ulcers are inside your mouth. 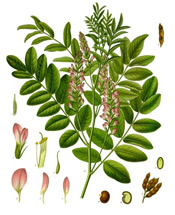 It appears that deglycyrrhizinated licorice helps reduce inflammation and speed the healing process.  According to the study, within the first day 15 of the 20 participants had a 50 to 75 percent improvement in their sores, and by day three of treatment, experienced full healing of their mouth ulcers. Canker sore sufferers in the study used a mouth rinse made of water and powdered DGL licorice and gargled with it four times a day. While this was a small study and there wasn’t a placebo group, the results showed its potential as a treatment option. However,  they cannot be considered conclusive. Furthermore, in order to get enough DGL to be effective, the taste was quite strong and not all that pleasant.

In another study published in the March/April 2008  issue of General Dentistry, researchers tested an oral patch that contained licorice root extract. They found that  80% of mouth ulcer sufferers attained substantial pain reduction after only three days of applying the dissolving patch over the sores. After seven days, mouth sores treated with the patch shrank to a just a tenth of their original size. In the group that did not receive the treatment, ulcers grew an average of 13%. The patches seem like a better option than gargling with it because it delivers the DGL directly to the sore and the taste is not overpowering.

What is Licorice Root

So just what is licorice root? Licorice been used for more than four thousand years for both food and medicine and has been used to this day by  Eastern and Western medical practitioners to treat a variety of health ailments.  Long known as the  “sweet root,” it contains a compound that is 50 times sweeter than sugar. It  has been well-studied and has long-term clinical use.  Its characteristics include beneficial compounds such as flavonoids, which are powerful antioxidants, and potent anti-inflammatory and anti-viral properties. Licorice has been used for treating arthritis, viral infections like the common cold, relieving ulcers, GERD, sore throats, skin rashes, some cancers, and liver disease. It is well-liked in alternative and herbal medicine because it acts as a demulcent, which means the matter tends to form a protective coating on mucous membranes and soothe and coat. This protects mucus membrane from irritation and lets it heal. This is what makes it an ideal remedy for canker sores.

DGL licorice root is a promising remedy for oral ulcers because  it has been found to be useful for soothing irritation, reducing pain and speeding healing. Oral patches with the substance are the best choice. The patches are available over-the-counter in a product called Cankermelts Medicated Discs

. Just place one of the dissolving patches over your canker sore. Most people find relief very quickly, in fact in just minutes. It relieves pain without numbing. The patch will dissolve in an hour or so and you can reapply as needed. The patches have been found to reduce pain up to 89% even after dissolving  and most people find their sores are healed within three to five days and that it helps prevent sores from getting worse.

Typically, a canker sore will last for 10 to 14 days and quite often it’s very painful. While in the end they […]

I am always on the lookout for new products and treatments that can reduce canker sore pain and help them heal faster. […] 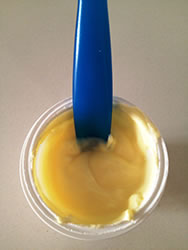 Most Americans have experienced the sting and annoyance of a canker sore one or more times in their lives. While it’s not […]