It may be somewhat surprising to learn that in spite of ongoing research, no one know the exact cause of aphthous ulcers, also know as recurrent aphthous stomatitis (RAS) and more commonly known as canker sores. These are small ulcers that can appear inside the mouth and cause a lot of pain and annoyance until they heal, which can take up to 10 days. Some theories offer up genetics, autoimmune issues and allergies as possible causes. There have been a number of research studies that have looked at possible treatments for mouth sores, as well as some potential causes. Here are a few interesting possibilities.

Researchers are attempting to pinpoint what kind of blips in the immune system could make some people more likely to get chronic canker sores. Scientists have analyzed the blood of patients with and without mouth ulcers and it appears there are some differences in the way their immune systems function. Unfortunately, they have not yet been able to determine just how this affects RAS just yet.

A new anti-inflammatory and anti-allergic drug called amlexanue is currently being tested and shows some promise in treating canker sore symptoms and aiding  in healing.

A study* measuring the incidence of RAS using toothpastes with and without sodium laurel sulfate (SLS) was conducted using a single-blind crossover design. Researchers found that subjects that used an SLS-free toothpaste achieved a statistically significant reduction in canker sores during the two months of use compared to two months using toothpaste with SLS. These results support earlier research, indicating people susceptible to recurring mouth sores may benefit by switching to an SLS-free toothpaste. There are a number of toothpastes available without this ingredient, which is a detergent and foaming agent widely used in toothpastes, mouthwash, shaving cream, shampoo, body wash and many other personal care products. Recommended toothpastes include Biotene

, and Tom’s of Maine Clean and Gentle Care

In the past the only alternatives for treating canker sores were over-the-counter products and home remedies that produced a variety of results, but  most of which weren’t great for speeding healing.  Prescription drugs were and still are sometimes used, but they can produce undesirable side effects. Now canker sores can be treated quickly and painlessly with a laser. In addition to preventing the mouth sore from growing bigger, it dramatically speeds the healing process.  Dentists report that in many instances the ulcer disappears ten days faster than it would if it had not been treated by the laser. Therefore, if you suffer from frequent painful mouth sores it pays to have the laser treatment as soon as your sore first appears. The treatment takes under 15 minutes at your dentist’s office. Not all dentists offer this treatment as this is fairly new, so you may need to do some research of your own to see what dentists in your area offer laser. The other downside is that it could be costly, but if you are in agony, it could be worthwhile pursuing.

Earlier research indicated that people with vitamin deficiencies, particularly Vitamin B12, folic acid, zinc and iron, were more susceptible to canker sores. A new study published in the April issue of the Journal of the American Dental Association in April 2012, however, found that taking a daily multi-vitamin did not provide any benefit, i.e. study participants prone to recurrent aphthous ulcers (RAS) did not experience a reduction in frequency of outbreaks.  There were 160 people with minor RAS in the one-year research study. There were 83 in the study group and 77 in control group; the study group got a multivitamin with 100% of the RDI. Members of both groups had an average of four canker sore outbreaks of about eight days in length. There was no difference in pain levels among the two groups.

Vitamin B12 Can Be an Effective Treatment

It should be noted that the RDI for Vitamin B12 is only 2.4 mcg, so that was the amount in the daily multi-vitamin given to the study participants referenced above. It may be that the multivitamin did not contain enough Vitamin B12 to be effective.  In another study by physicians as Ben-Gurion University of the Negev, it was found that a nightly dose of 1000mcg of Vitamin B12

was found to be an effective treatment for preventing canker sores. Of the study participants who received the B12, they had  less pain, fewer canker sores, and sores did not last as long versus the control group.

Featuring natural extracts like zinc, Vitamin B12 and menthol, canker sore melts and patches are another treatment option for those plagued with […]

Wild Oregano Oil (Origanum vulgare) is my go-to remedy for all sort of ailments, including canker sores. It’s a potent anti-viral, anti-bacterial, […]

An effective home remedy for canker sores might be found in nature in the form of bee propolis. This is a waxy, […] 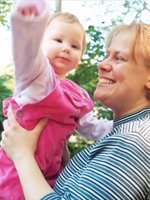